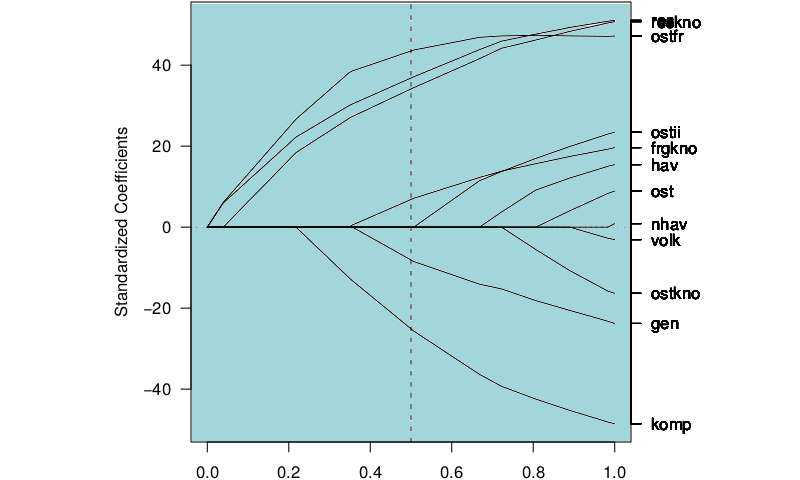 In contrast to the determination of the age of an excavated skeleton, e.g. using radio-carbon method, it is rather difficult to predict which age a person reached at their death. This is a key question for further research in prehistorical anthropology. Therefore, the goal of this project was the construction of a prediction model for age at the time of death based on bone micro-structure from human remains that have been buried. Furthermore, we were interested in whether the person's profession and reason of death influenced their bone micro-structure. For the analysis, we had data from 103 skeletons from a cemetery in Basel, Switzerland. The bone structure was described by twelve continuous variables, that were measured using similar criteria and hence were highly correlated. We used a flexible elastic net model as an alternative to the simple linear model, which resulted in surprising precise age prediction.